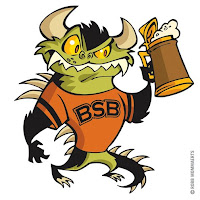 Last year I was asked to design a mascot character for the Brown Street Brewery (micro-brew) in Rhinelander Wisconsin. The client had seen my painting of the area's legendary mythical beast known as the Hodag, and wondered if I could create one for them to be used on beer glasses, and in the bar itself. This was a VERY low budget project but I took it on because it interested me so much. Mascot characters are so much fun to create. Monster-themed mascots are even more fun.

When I was a little kid, my family took vacations in Rhinelander and I was always fascinated with the legend of the Hodag monster. Nineteenth Century lumberjacks created the beast for a hoax, but it's mystery lives on today in books, artwork, and giant fiberglass statues for roadside pictures.

I still have not heard anything back from the person that hired me to do this design, so I'm not sure if they ever used the artwork on anything. But regardless, it was still fun to do and a nice portfolio piece, oh and I got paid too.
Posted by Robb Mommaerts at 11:00 PM 2 comments: 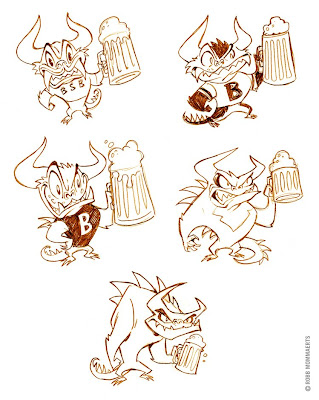 Here are the rough sketches I provided for the client to choose from. They took parts from different versions. My overall favorite was the one on the middle left.
Posted by Robb Mommaerts at 10:51 PM No comments: 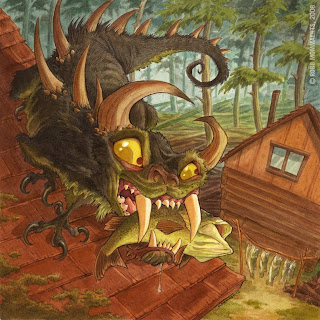 This was the painting that caught the idea of my client. I had originally done this to enter in a "contest" to be published in a book that featured mythical beasts or creatures from folklore. The Hodag has always been my favorite. This was so much fun to work on due to creating my own version based on several different "accounts" of the animal. I chose to make him green, I'm not sure why.
Posted by Robb Mommaerts at 10:46 PM No comments:

This past year I was able to fulfill a long time dream in designing a sports team logo for Green Bay, Wisconsin's semi-pro hockey team, The Green Bay Gamblers. I got the opportunity to work on this through the design agency I work at. I'm not really much of a sports fan, but I've always been interested in athletics logos for their bold, fun, and attractive designs. Hockey has always been a fun and entertaining sport to watch. I'm not a violent guy, but I'll have to admit, the fights are pretty cool....as long as nobody gets a skate in the neck.

The challenge was to revamp the old logo that was a nicely designed, card-playing cowboy and reconstruct into a more kid-friendly but semi-aggresive bobcat. The bobcat represented Green Bay's long time hockey tradition. The city once had a well known hockey team called the Bobcats that disbanded in the early eighties.

Myself, my boss, and some coworkers had the fortunate chance to attend the press conference when the logo was unveiled and the team's new coach spoke. It was so exciting to walk into their team store and see the artwork everywhere on t-shirts, hats and other forms of clothing. When I walked out, they had a mascot costume built of the bobcat character I designed, taking photos with kids. It was a GREAT feeling to see that. This project was a huge joy to work on, the client was super cool as well.
Posted by Robb Mommaerts at 11:42 PM 1 comment:

A few years back I had the great opportunity to create a large set of vector art illustrations for Oshkosh, Wisconsin's EAA AirVenture Museum. These images were to be part of their children's interactive flight section called KidVenture. I drew several flying creatures (mostly birds) as well as several aircraft. The birds and critters were of course more fun to draw since I've never felt overly confident in rendering technical stuff...even if they are cartoon versions. I learned a lot about planes in the process, which was nice. The folks at the museum provided me with a lot of nice plane photos to work with as a reference. I dusted off my old high school biology class bird books for the bird imagery. I even got to draw a Pterodactyl. I think my favorite bird out of the set is the bald eagle.

It was very exciting to see these illustrations so huge on the wall, except I could pick out little imperfections with the vector artwork. I'm too hard on myself. From what I can remember the illustrations were used throughout and on other displays as well. There was a cool interactive hang gliding thing too.

Please excuse the poor and grainy photos from my cheapo camera at the time. If the exhibit is still there, I'd love to re-shoot it sometime. This project took a while to complete, but it was a lot of fun to do. However, I'm still having nightmares about the Wright Brother's plane.
Posted by Robb Mommaerts at 8:35 PM No comments: 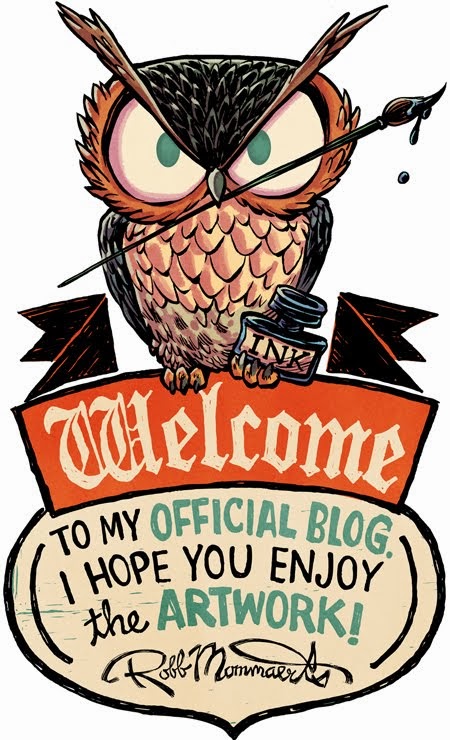